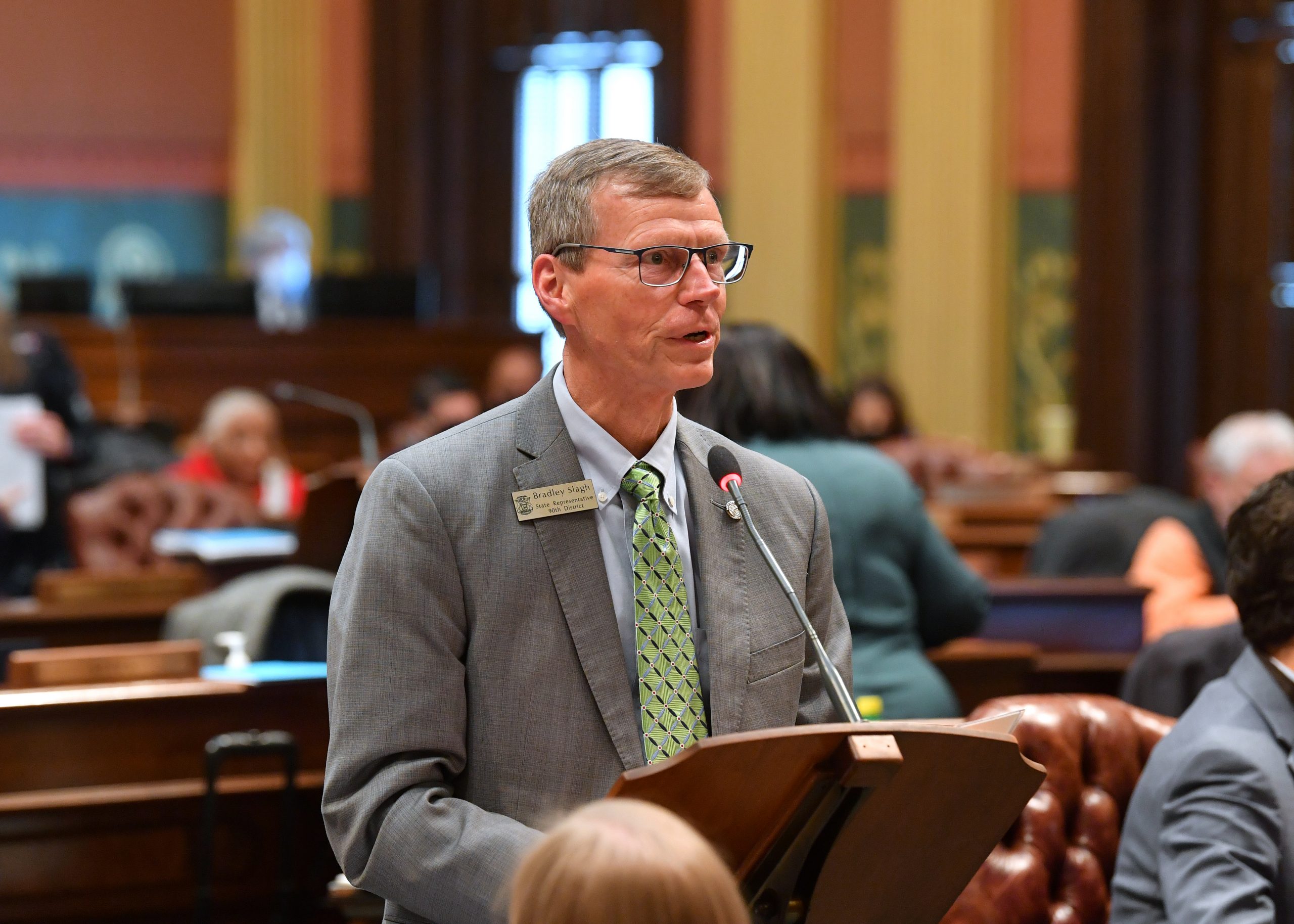 The Michigan House has approved a multi-bill plan Rep. Bradley Slagh helped introduce to give crime victims who have endured mental or emotional injury the opportunity to better access compensation, giving them the chance to fully heal.

Slagh, of Zeeland, worked with Rep. Bronna Kahle, of Adrian, and others on the plan.

Crime victims often incur exorbitant costs when trying to rebuild their lives, but Slagh believes the Crime Victims Compensation program currently does not do enough to benefit victims and their families during traumatic times. He also believes the system should be easier to access and navigate.

“We can’t underestimate the toll that mental and emotional trauma has on the lives and wellbeing of crime victims,” said Slagh, of Zeeland. “Returning to their jobs, families and the lives they once knew can be extremely difficult, if not impossible, if those traumas are not appropriately addressed.”

Slagh and Kahle’s plan amends the state’s Crime Victims Compensation act to expand the people and expenses that are eligible for compensation under the act.

In addition to expanding the fund to those who have sustained emotional and mental injuries, their plan:

The plan now moves to the Senate for further consideration.

State Rep. Bradley Slagh of Zeeland invites residents to join him at his upcoming office hours in Holland, Hudsonville, and Zeeland.

State Rep. Bradley Slagh of Zeeland invites residents to join him at his upcoming office hours in Holland, Hudsonville, and Zeeland.

Rep. Bradley Slagh’s plan to require more transparency within the Secretary of State’s office has been signed into law.

The state House has approved Rep. Bradley Slagh’s efforts to honor those who have served and are serving the U.S. in the armed forces.