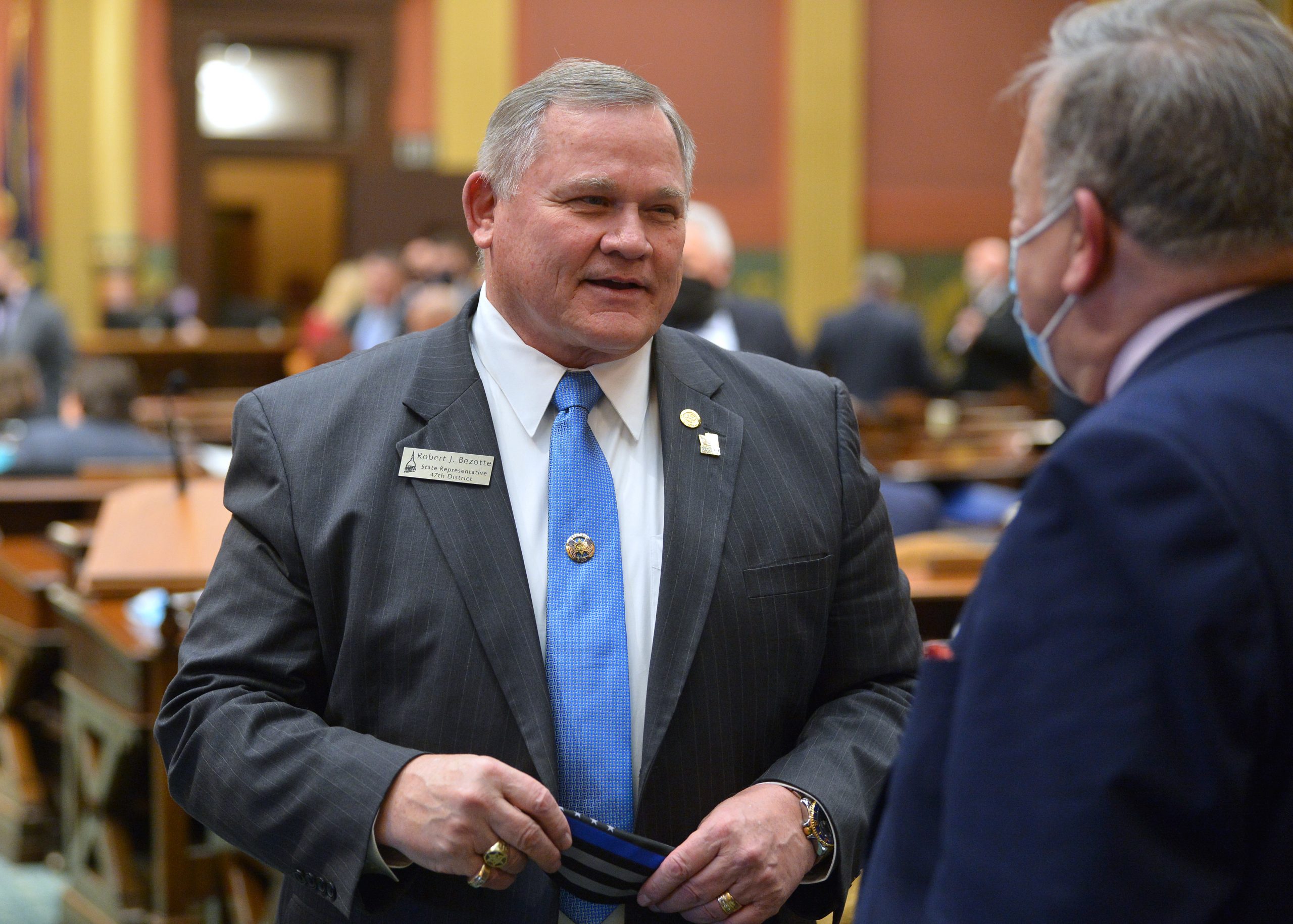 State Rep. Bob Bezotte today announced his opposition to House Bills 4670-73, dubbed by their proponents as the “Safer Michigan Act”.

Bezotte said the plan goes against the will of the voters, restoring a good-time credit system. Under the misguided proposal, the minimum sentence established by a judge who carefully considers all the facts at hand can be reduced by up to 20 percent if the offender takes part in rehabilitation services and educational programs.

“These bills would fly in the face of public safety and destroy our state’s truth-in-sentencing system, which the people of Michigan voted to enact in 1998,” Bezotte said.

The truth-in-sentencing law has worked well in the decades since being adopted, offering some level of comfort to victims by giving them certainty that the person who hurt them will be sent to prison for a definite amount of time – time where the victim knows their perpetrator will not have access to them or the public.

“With 33 years of law enforcement experience, I have held the hands of hundreds of victims and families who have been hurt by crime. Now, I must stand up for victims, once again, and voice my strong opposition to a package of bills advancing in our own chamber.”

The current system offers plenty of incentive for prisoners to participate in rehabilitative programs while serving their sentences. These programs, aimed at reducing the likelihood prisoners will reoffend after their release, are certainly beneficial. They’re also already well-attended, with 93% of prisoners who are eligible completing the recommended programming before the end of their minimum sentence.

“House Bills 4670-73 won’t make our state any safer,” Bezotte said. “That’s why they’re drawing opposition from law enforcement and victims’ rights groups across the state, including Attorney General Dana Nessel, the Prosecuting Attorneys Association of Michigan, the Crime Victims Services Commission, Michigan Sheriffs’ Association, and the Michigan Association of Chiefs of Police. These bills are nothing more than a flawed attempt to cut costs at the expense of victims.”